Massacre and authoritarianism are extreme social injustices that can occur. In most cases, the massacre takes places in situations where a group of people disregards the right of existence of another, what leads to mass killings of the weaker side. At the same time, life is a gift from the

Massacre and authoritarianism are extreme social injustices that can occur. In most cases, the massacre takes places in situations where a group of people disregards the right of existence of another, what leads to mass killings of the weaker side. At the same time, life is a gift from the creator, given to all living things to enjoy and use for more productivity. In the extreme cases, people thirst for salvation from a stronger personality in order to regain the balance of life. In the society, the people with some form of authority may feel like exercising their power over their subjects, leading to series of actions with the negative impact on the environment. Durga Mahishasuramardhini is a Hindu piece of art that shows a historical victory over careless destruction. This is a sculpture exhibited at the Dallas Museum of Art, showing goddess Durga killing Mahishasura. This paper explores the artwork in light of the victory that comes against the selfish ambitions of leaders that don't care to make the society a better place to live.

Durga Mahishasuramardhini s a 12th Century Indian sculpture made from the phyletic material. It is illustrating a mythical story of goddess Durga killing Mahishasura. The sculpture has been used in the annual festivals in India known as Durga Puja. Curved in a skillful manner, it is showing Goddess Durga with ten arms, each carrying a weapon and ready for attack. The goddess stands strategically and in control of the battle that takes place at the time. The first two arms seem to be working in unison. Durga is gripping her enemy’s hair and raises the sword upon him. Near to one of the goddess’ legs is the lion who came from Himalayas and is a guide and fellow fighter of the goddess. Her other leg is stepped on the head of a buffalo.

According to the ancient Indian mythology, Mahishasura meditated for thousands of years in order to qualify for immortality from Lord Brahma. He eventually got it and acquired great power. However, it revealed that he chased selfish interests. He began to kill people in order to conquer the world. He even decided to get rid of all gods from heaven. Mahishasura was able to become a different personality and various animals like buffalo and lion. However, his ability did not include women because he knew women were weak and could never match his power. Specifically, the myth says that Mahishasura had cliamed that the only person who could kill him would be a woman, having in mind that no woman would be able to defeat him in battle. However, it happened that a woman brought his demise. He destroyed different creatures and nature in general until goddess Durga was created in order to tackle him. According to the myth, she was a creation of Lord Vishnu, Lord Sankara, and Lord Brahma, all contributing towards regaining order in the society. The story tells that Mahishasura disdained the goddess, sending his fighters to mock her; however, they were all killed without resistance. With rage, he went to kill her himself but failed to do so. This artwork shows the goddess in the final stage of killing Mahishasura. According to the mythology, this battle took ten days, the sculpture showing what happened on the tenth day (Pal 2007). In general, the piece indicates how powerless the evil Mahishasura has become. Irrespective of the strength he had before, he seems unable to match goddess Durga.

Seemingly, change can come from those who are perceived to be weak in the society. In this artwork, a woman finally brings the victory to the people. This art is a picture of the victory that comes from the desire to bring social justice to the society. The suffering and the cries of the people led to the creation of the goddess, a woman who eventually brought victory and restoration from the power-hungry and destructive Mahishasura.

The goddess has ten arms, all working in perfect harmony in order to bring victory. This can be interpreted as a sign of unity of purpose of the people who are willing to defeat social injustice. It shows that real strength comes from the small contributions of the people who desire a change in their midst.

In conclusion, it is important to reiterate the dangers of authoritarianism in the society. In this sculpture, it is showed a situation where the tyranny is defeated by the resolve of the people. Powerlessness of Mahishasura marks the beginning of the justice to all Indian residents and the whole nature at large. According to the mythology, the people regained their normal livelihoods, without the fear of attack from Mahishasura. The picture is a sign of hope to the remaining people in terms of regaining the social justice and living free from terror. 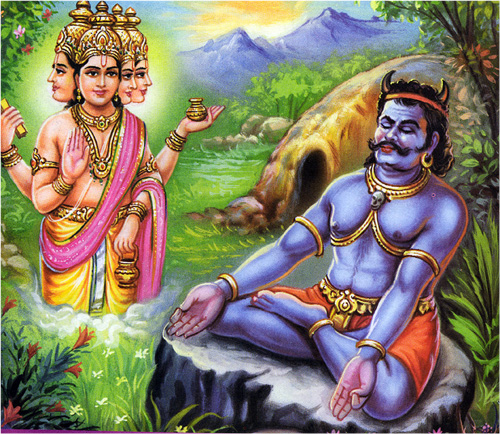